White spirit (UK) or mineral spirits (US), also known as mineral turpentine, turpentine substitute, petroleum spirits, solvent naphtha (petroleum), varsol, or Stoddard solvent, is a petroleum-derived clear, transparent liquid which is a common organic solvent used in painting and decorating. In 1924, Atlanta dry cleaner W. J. Stoddard worked with Lloyd E. Jackson of the Mellon Institute of Industrial Research to develop a less volatile dry cleaning solvent as an alternative to the petroleum solvents in use. Dry cleaners began using the result of their work in 1928 and it soon became the predominant dry cleaning solvent in the United States, until the late 1950s.

Stoddard solvent is a specific mixture of hydrocarbons, typically > 65% C10 or higher hydrocarbons.

Three different types and three different grades of white spirit exist. The type refers to whether the solvent has been subjected to hydrodesulfurization (removal of sulfur) alone (type 1), solvent extraction (type 2) or hydrogenation (type 3). Each type comprises three different grades: low flash grade, regular grade, and high flash grade. The grade is determined by the crude oil used as the starting material and the conditions of distillation.

In addition there is type 0, which is defined as distillation fraction with no further treatment, consisting predominantly of saturated C9 to C12 hydrocarbons with a boiling range of 140–200 °C. 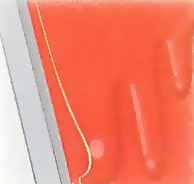 Small chips and blemishes are best repaired with a can of touch-in paint and a brush. For larger...

On a fairly new car, covering the underbody with sealing compound will discourage corrosion. It c...