When a car manufacturer decides to produce a new model, the styling, or design, of the new car is one of a number of factors that need to be decided.

The first decision to be made concerns the market category that the new model will fit into - will the car be a small hatchback, family saloon or luxury executive model? Once this choice has been made, along with engineering and packaging decisions such as whether to use front- or rear-wheel drive, the details can be worked out.

In earlier days, it was simply a matter of building a chassis and then styling a body to fit it. With today's space- and energy-efficient cars, the look is now part of the integral design.

Once the design is finalized, there is likely to be a time lag of about three to five years before the finished car appears in the showroom which means that the designers have to forecast the future trends. If the new car looks too dramatically different, the public may take a long time to get used to it and not buy it in enough quantity.

On the other hand, it must not look too old-fashioned as soon as it is announced. The designer's freedom of choice is much greater if a completely new car is being created, rather than an existing model being face-lifted to give it a new look.

If the car is going to be an all-new 'clean sheet' design, the manufacturer's team of stylists will prepare drawings to show their ideas for the new models. At this stage of the exercise there may be a few dozen different sketches which will be evaluated to see how suitable they are for production.

When these decisions have been taken and the choice has been narrowed down to one or two designs, scale models are made in clay. This method of model making, which was introduced by General Motors, is sometimes still used even in today's computer-controlled design studios. The advantage of using clay is that it is easy to add or remove small amounts of clay to make detail adjustments to the model.

Next, a full-sized clay model is made and painted to resemble a real car as closely as possible. Some manufacturers have styling `clinics' to gauge public reaction to the car. Some may also commission full-size plastic models to give a more realistic impression.

Once the manufacturers have finalized the design for the new model and decided to go ahead, it will be planned in detail for mass-production. This is where computers come into play because designing cars, like many other areas of car production, has been considerably influenced by computer techniques.

A car designer with a sufficiently powerful computer and the appropriate software can design a new car on screen, make it any colour, and rotate it so that it can be viewed from any angle. The computing power needed to do all this is considerable. One program that creates the colour on the computer picture of the car uses tens of times as much memory as the average home computer contains.

Once the designer is satisfied, the computer can feed coded information to a milling machine which will cut out a three-dimensional, solid version of what has been designed on the screen. This method is much quicker than the traditional process of drawing by hand and then fashioning a clay model.

The computer can also be programmed to act as a wind tunnel so that the shape on the screen can be tested for aerodynamic efficiency. Other computer design techniques can analyze the strength of any body design and can predict the behaviour of the car in the event of an accident.

For many years a number of firms have been specializing in styling cars. The most famous were Italian Bertone, Vignale, Ghia and Pininfarina are some examples. These companies grew up when styling was more divorced from overall design, when it was common practice for a manufacturer to ask a designer to style a body to fit a particular type of chassis.

Many of these companies are still in business today, albeit in different forms. Ghia were well known for being closely associated with Ford, before being bought out by Ford in the 1970s. Ford still uses the name Ghia on its top-of-the-range models. Having designed the X1/9, Bertone took over its manufacture when Fiat lost interest.

Aston Martin and Zagato recently worked together on a new model (below). Zagato produced design sketches before the project went ahead, then built a full-size wood and steel skeleton of the car. The metal body panels are formed by hand around this template and then assembled on the car's chassis.

In the case of the Aston Zagato only 50 of which will be made —the cost of hand-building each car was not important. In any case, it would be uneconomical to tool up with mass-production machinery for such a small run of cars. 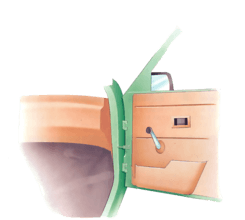 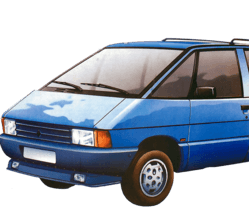 Mention plastic cars, and most people think of the leaky, creaky and crazed bodywork so common on... 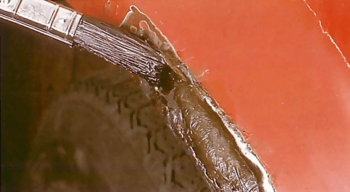 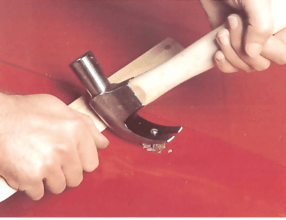 Smoothing out a dent

The best way to treat a dent is to raise the metal almost to its original level, then to...