Of all the instruments you can find on a modern car dashboard, only one is a legal requirement - the speedometer and its built-in milometer (also called an odometer).

In common with other developments in car technology, the trend is now towards using electronics in speedometers. But most cars - even ones being built today - have a mechanical speedometer, usually with a needle and calibrated dial to show the speed. The design of this type of speedometer has hardly changed in the last 50 years.

Mechanical speedometers measure the speed of a car by being linked mechanically with the gearbox output shaft. Since this shaft lies 'downstream' of the gearbox, the speed with which it rotates is independent of gear changes and so gives a true measure of the road speed.

The other end of the cable fits to a drive shaft leading into the speedometer. On the end of this shaft is a magnet. Positioned close to (but not touching) the magnet is a cup-shaped metal drum that is attached to the needle giving the reading on the dial. A small coiled hair spring holds the needle at zero.

The two other common types of mechanical speedometer give the reading by a bar or a mark moving along a straight calibrated scale.

Both are roughly similar in operation to the round dial type of speedometer - a cable driven by the gearbox output shaft turns a magnet which causes some sort of indicator to move against the force of a restraining hair spring.

In one type the indicator consists of a moving ribbon attached at each end to a spool. The magnet causes the ribbon to reel off one spool to the other against the force of the hair spring. As the ribbon moves, a mark on it lines up with the calibrated scale to give a reading.

The other type of indicator using a straight scale rather than a dial has a barrel marked with a line. The magnet causes the barrel to rotate until stopped by the hair spring. Again, as the barrel moves, the mark on it lines up with the scale to indicate the speed.

On both these types of speedometer the ribbon or barrel is usually a different colour on each side of the marker line to make the speed easier for the driver to read.

How an milometer works

Since the speedometer measures the rotation of the gearbox output shaft, it is a relatively simple matter to use this information to work out how far the car has travelled. This is why the milometer (often called an odometer) is built into the speedometer.

The milometer is worked by a small gear linked to the inner cable where it emerges into the speedometer. This gear drives a series of gears which rotate separate barrels carrying numbers 0 to 9. The gearing is arranged so that each number clicks on after the correct distance and, when it reaches number 9, moves its neighbour on by 1.

Some cars have two milometers. One (called a trip meter) the driver can reset via a dash-mounted control to measure distances. The other milometer cannot be reset to ensure that it measures the mileage travelled by the car during its lifetime, or at least until it 'goes round the clock' (usually 100,000 miles). All cars have the second type of milometer; only some have the first too.

In common with the trend towards electronic dashboard instruments, electronic speedometers are now becoming much more popular, even though mechanical ones are generally reliable.

The most common type has a magnet attached to the gearbox output shaft and an electronic unit positioned close by to act as a pickup. Every time the rotating magnet passes the pick-up unit, the unit sends a pulse of electric current down a wire to the speedometer. An electronic 'black box' inside the speedo uses these impulses to calculate the speed of the car.

How accurate is a speedometer?

No speedometer can be perfectly accurate. For example, the measured speed is bound to change slightly from the true road speed if the tyres are not at their correct tyre pressure and also as the tyres wear down.

So for safety reasons the law requires speedometers to be accurate within a range of speeds: it must read no slower than the actual road speed of the car, and it is allowed to give speeds of up to 10 per cent greater plus 2.5mph (4km per hour).

The 2.5mph is included because a 10 per cent error at very slow speeds would mean that the speedometer would have to be accurate to, say 0.5mph, which is not practicable. 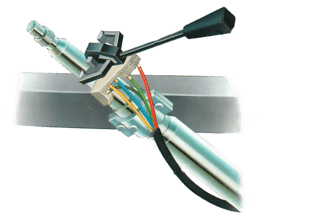 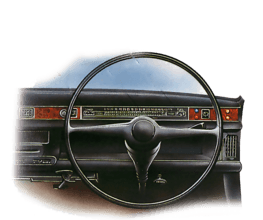 This article is from the mid-1980s. It is out-of-date but still interesting. Twenty-five years ag...